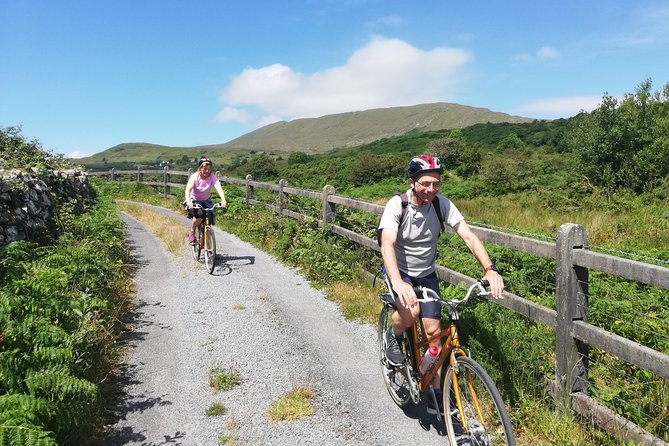 Let me take you on an adventurous tour where you will enjoy Connemara's magical countryside.

You will explore unique routes the average tourist never sees. You will have stunning views over two of the biggest lakes in Ireland and breathe the magic that Cong Forest brings you.

On a lunch break in Cong village, you will have the chance to taste true Irish cheeses with a refreshing glass of wine. Fancy a ride? 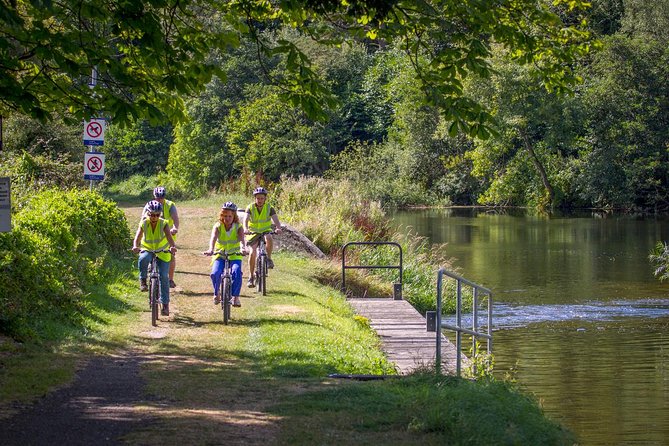 Our highly experienced team are enthusiastic about cycling and the west of Ireland.

We are flexible, friendly and accommodating, catering to your every need.

Our team will gladly share our insights about bicycles, cycling, and the West of Ireland.

All you need to do is choose where to cycle. 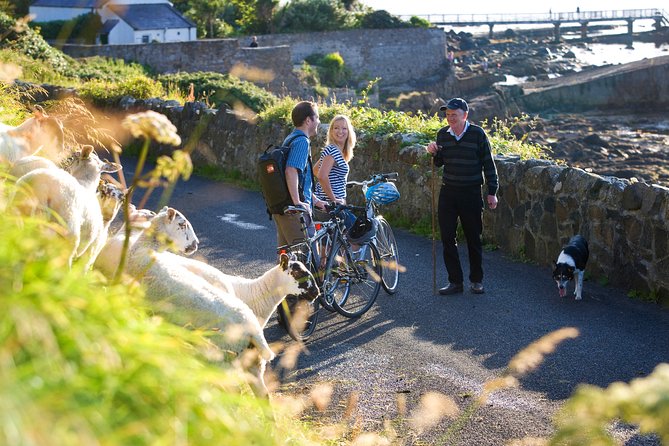 This magical island is now a haven for tourism, farming and fishing.

The island is 5.7 km by 4 km, which means that bikes are the ideal method of transport.

There are several safe award-winning sandy beaches strewn with shells and with crystal clear water which make swimming, snorkelling and diving a joy.

Inishbofin is an important centre for traditional Irish music and song with its own Ceilí band.

As you sail around the tower and signal light into the harbour you will notice Cromwell’s 16th century barracks - used as a prison for catholic priests from all over the country after the English Statute of 1585 declared them guilty of high treason. 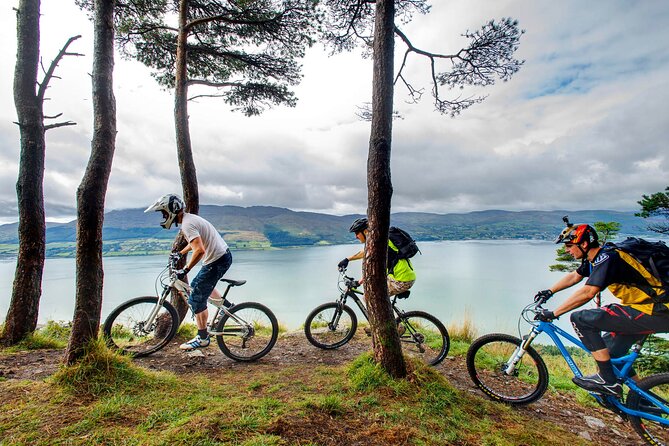 This trail offers miles and miles of single track in the most spectacular setting imaginable with outstanding views of mountains, lakes and forests all combined with big climbs and big descents.

It is a circular way marked loop of around 16 km with a little over 13 km on single track.

Parts of the trail are technical, steep and rocky, and you need to know how to handle a bike over all kinds of terrain including exposed rock slabs, boulders, mud, roots, loose gravel and even elevated timber boardwalks.

Please ensure that your bike is in good working order and always carry spare warm clothing, water and food.

Always wear a helmet and be prepared for any eventuality.

Always tell someone where you are going and when you expect to get back.

Always ride within your abilities and take care. 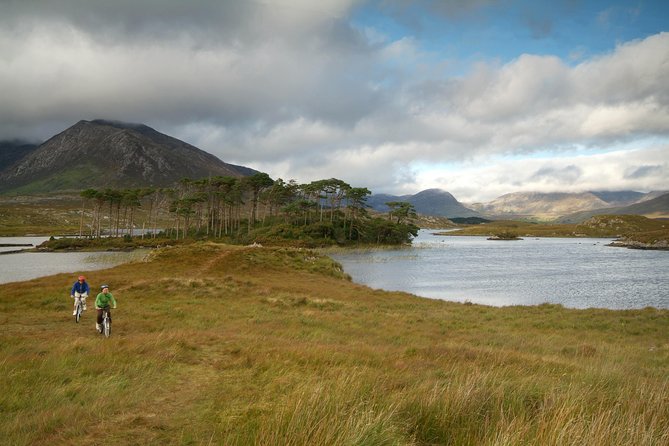 The day-long rental from Clifden allows you to cover more ground with less effort, meaning you take in more of the area’s scenery, sights, and seafood in one leisurely outing.

Cycle along the famous Bog Road, explore fishing villages like Cleggan, or pedal to the ruins of Clifden Castle.

A helmet, lock, map, and plenty of local tips are included.

Let your electric bike do the hard work on any hills See sights such as the Alcock and Brown Landing Site Stop for a seafood lunch in Roundstone, if you wish